Let's hear it for Payroll Giving! 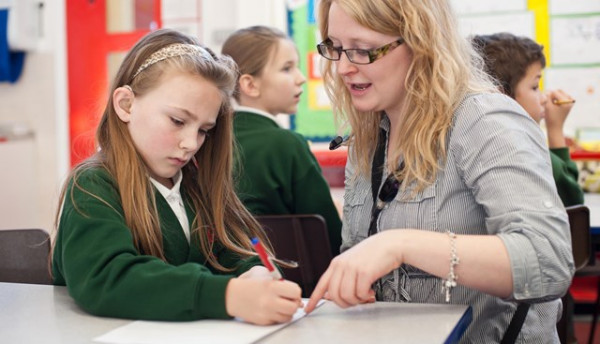 
Deaf children in West Midlands fall an entire grade behind at GCSE level, according to new research from National Deaf Children's Society.

The charity issued the warning after analysing the Departments for Education's 2018 exam results data, which showed that the region's deaf children score an average grade of 3.78 across eight key subjects.  For hearing children, this rises to 4.85.     Read more

Seeability on BBC Breakfast supported with your Payroll Giving donations


With the right support everyone coming out of an ATU should be able to lead the life they choose. Scott Watkin BEM gave a powerful testimony on BBC Breakfast about the importance of belief in people’s ability to fulfill their aspirations and potential.

My teacher told me I would never get a job, never live independently and never have a family. I have since broken down every one of these barriers and am living proof of what can be achieved with the right support.

Scott was awarded The... 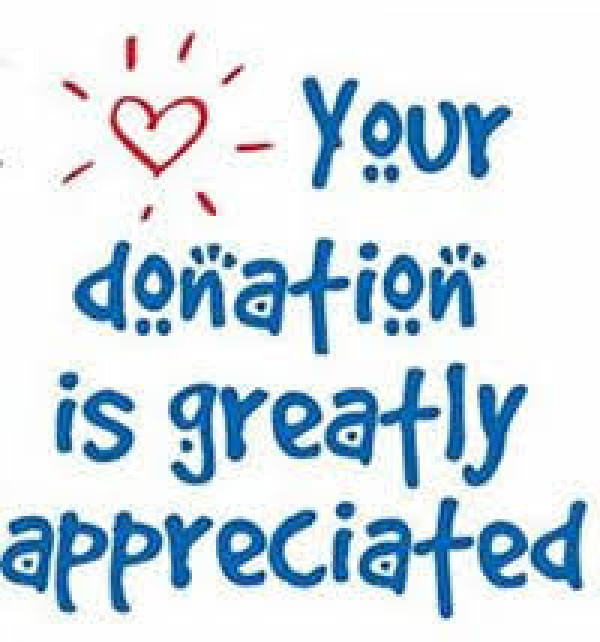 Breast cancer is still devastating lives on a heart-breaking scale – and this October, there’s plenty of ways to take action against the disease. Whether it’s starting to check breasts regularly or encouraging a loved ones to check theirs. Raising money to help make life-saving research happen or buying an amazing pink product. Every action counts.

Supporting Against Breast Cancer as easy as ABC with Payroll Giving


Statistics tell us that one in eight women will receive a breast cancer diagnosis during their lifetime and regrettably for one member of the Against Breast Cancer fundraising team in May 2018 our colleague Allie became that ‘one’. For the past 6 years Allie has given support and advice to fundraisers of all ages.  Read more

Supporting Against Breast Cancer your way!!


We are so proud of one of our young supporters, Amy, who decided to create an 'Awareness Box' for her school project. The children were tasked with creating a 3D visual presentation on a topic of their choice and Amy chose Again to Givst Breast Cancer!   See how she did it here

With 55% of the UK population not knowing the meaning of secondary spread breast cancer, this awareness, especially in schools has a very valued and vital impact.

You can support this wonderful charity with a...

Statistics tell us that one in eight women will receive a breast cancer diagnosis during their lifetime and regrettably for one member of the Against Breast Cancer fundraising team in May 2018 our colleague Allie became that ‘one’. For the past 6 years Allie has given support and advice to fundraisers of all ages and …  Read more


SeeAbility has released new research that suggests thousands of children with learning disabilities in England’s special schools are missing out on vital eye tests and eye care despite being 28 times more likely to have a serious sight problem than other children.

Around 100,000 children attend special schools in England, including the majority of children with severe learning disabilities or autism. Our study indicates that up to half of these children are likely to have a problem...


At just 16 years old, Amy’s relationship with her mother deteriorated, she felt she had no choice but to leave home and ended up sleeping on the streets. She was preparing to take her GCSEs and had no experience of living independently, so she was scared about what lay ahead.

“When me and mum fell out I felt so alone. I didn’t know what the future would bring and I was terrified. YMCA, and especially Manjit my keyworker, gave me so much support. I didn’t feel confident about staying...

Rugby World Cup winner Ben Cohen opens up about his deafness to inspire the next generation. You can help with a Payroll Giving donation


Former England ruby union winger and Strictly Come Dancing contestant Ben Cohen opened up about his deafness to show the UK’s 50,000 deaf children that there’s no limit to what they can achieve.

Ben Cohen was speaking about his deafness to launch the National Deaf Children’s Society’s Raising the Bar, to inspire deaf young people to get involved in the arts.

Ben Cohen explained: “Ever since I was a young kid, I’ve been profoundly deaf in both ears. It’s been tough at...


A new year is the perfect time to get fit and complete the challenge you’ve always wanted to face!

From payroll giving, walks and hikes to half marathons and swimming challenges, we have a huge variety of fundraising events to help you fulfil your dreams and stick to your New Year's resolutions... it's a win-win situation.

Browse through our events and sign up to run, walk, swim or cycle for SeeAbility, to kick-start your new year with a commitment to help fund the... 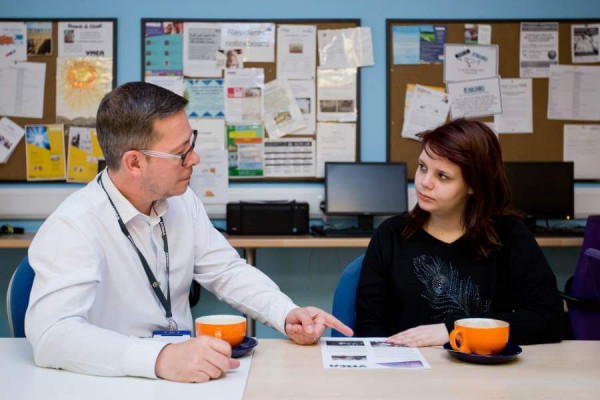 
When Mel first arrived at YMCA, she was vulnerable and afraid and had run out of options. After her parents split up when she was 12, Mel found herself relying on the wrong crowd for support, taking recreational drugs, drinking and missing school. By 16, the relationship with her parents had completely broken down and she was made homeless.

Mel started sleeping on friends’ sofas and sometimes had to sleep rough – breaking into abandoned buildings just to try and escape the...


Across the country, thousands of children will be starting their first year at school.   You may remember a school nurse asking you to tell them what you could see on a chart.

Now that I, (Donna O'Brien) work for SeeAbility, I’ve learned what was going on back then in the primary school. The school nurse had given me what is known as a ‘vision screen’.

Not only were they checking how much detail I could see with each eye and the possibility I might need glasses, they were... 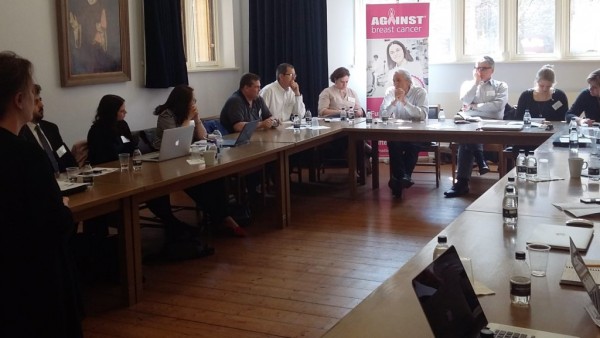 This is a relatively new field of research that has been slow to attract the attention of the wider scientific community and funding bodies, despite increasing recognition of its importance in health and disease, including cancer.

Scientists with expertise in cancer, genetics,...

New strategy and brand to overcome barriers for all deaf children 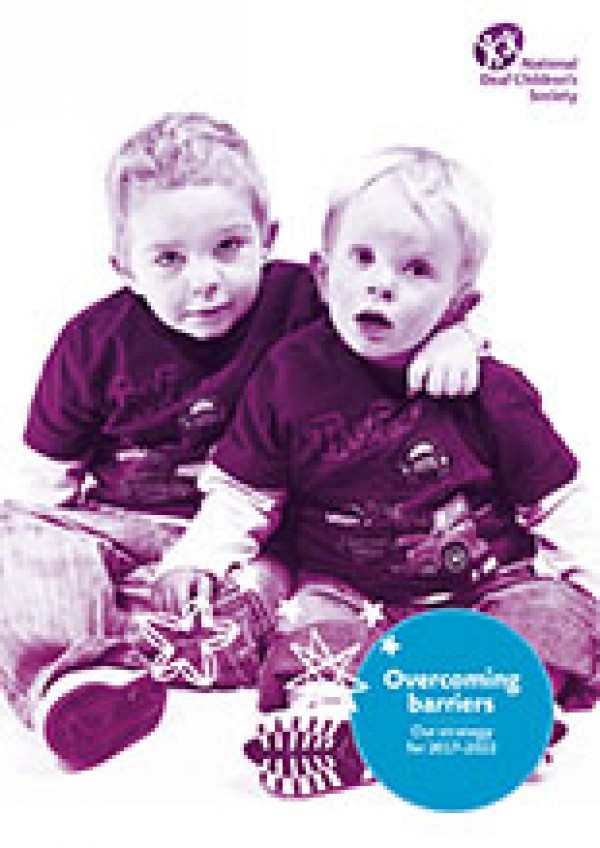 
The National Deaf Children's Society have launched a bold new Overcoming Barriers Strategy 2017-2022 and brand to overcome the social and educational barriers that hold deaf children back.  See the strategy in British Sign Language (BSL) here.

Susan Daniels, Chief Executive at the National Deaf Children’s Society, said: “Our strategy is about changing deaf children’s lives and ensuring no child is left behind. By 2022 we plan to be the go-to place for information and support on... 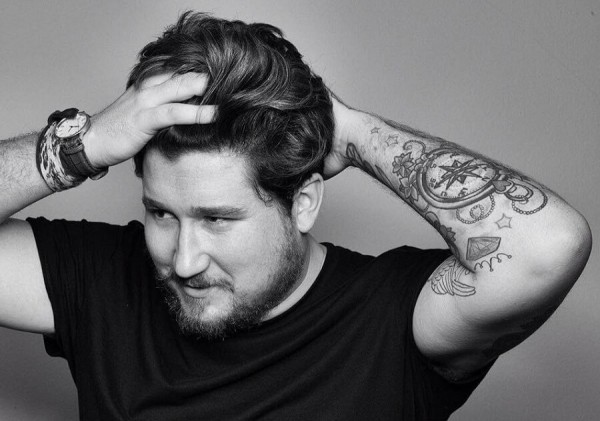 With close to 80,000 followers on social media, professional fashion stylist, designer and hairstylist Joey Bevan is well known in the fashion industry. Starting his humble beginnings at a YMCA charity shop in Southend, he has established himself as a force in the fashion industry with his work being featured on Britain’s Next Top Model, The Ideal Home Show, Xfactor, Vogue and InStyle, to name a few.

Becoming well known for his sense of style in the industry and working... 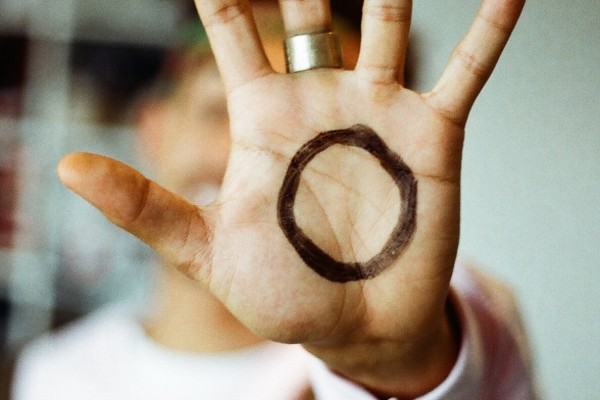 
YMCA England & Wales responds today (2 May 2017) to the Education and Health Committees’ joint report on the role of education on the mental health of children and young people.

Denise Hatton, Chief Executive of YMCA England & Wales, said: “The committees are right to recognise the important role of schools in children and young people’s mental health. The nationwide research we conducted for the #IAMWHOLE campaign showed more than half (59%) of young people who experience stigma as a... 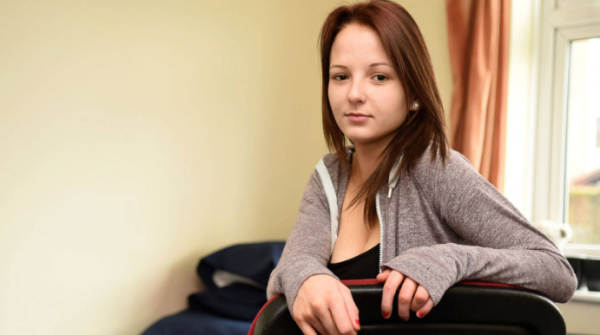 Denise Hatton, Chief Executive of YMCA England, the national council of YMCAs in England and Wales, said: “YMCA supports today’s Government pledge to abolish upfront letting agent fees for tenants, however, believes it is just the first step in trying to tackle the issues of affordability and security of the private rented sector. The lethal... 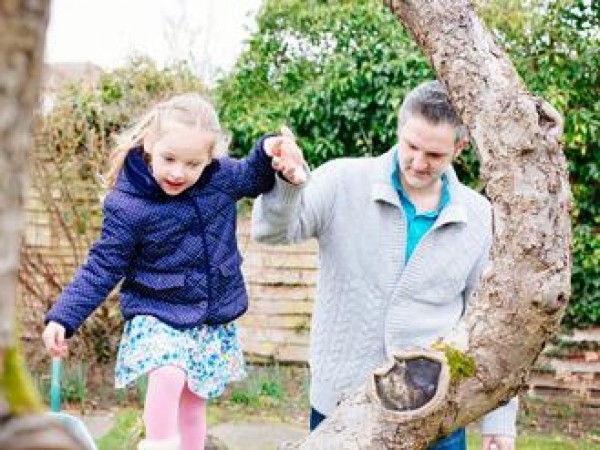 
Balance disorders can occur in children but may not be as easy to detect as they are in adults. This is mainly due to the fact that young children are not as able as adults or older children to describe the symptoms they are feeling, and may also be unable to understand the concepts of vertigo or imbalance.


Tahiry was just 17. She was living with her boyfriend and his family and expecting her first child. Then he started to hit her.

She had no one to turn to for help. Her boyfriend’s family would take his side and were violent too. She was terrified that her baby was going to be seriously hurt – or worse – before she was even born. So Tahiry packed up her few belongings and took responsibility for her life and her unborn baby’s.

She was so desperate when she ran away that she had no...

Jamie proves change can be made with the right support


Jamie Miller, 23, is an Apprentice Youth Worker at West Kent YMCA. In this personal blog, he talks about how his local YMCA has helped him to overcome his mental health issues and rebuild his life.

It was after I began working as an Apprentice Youth Worker at YMCA that I finally realised the changes in my life and the influences that had developed me into the young man I am today.