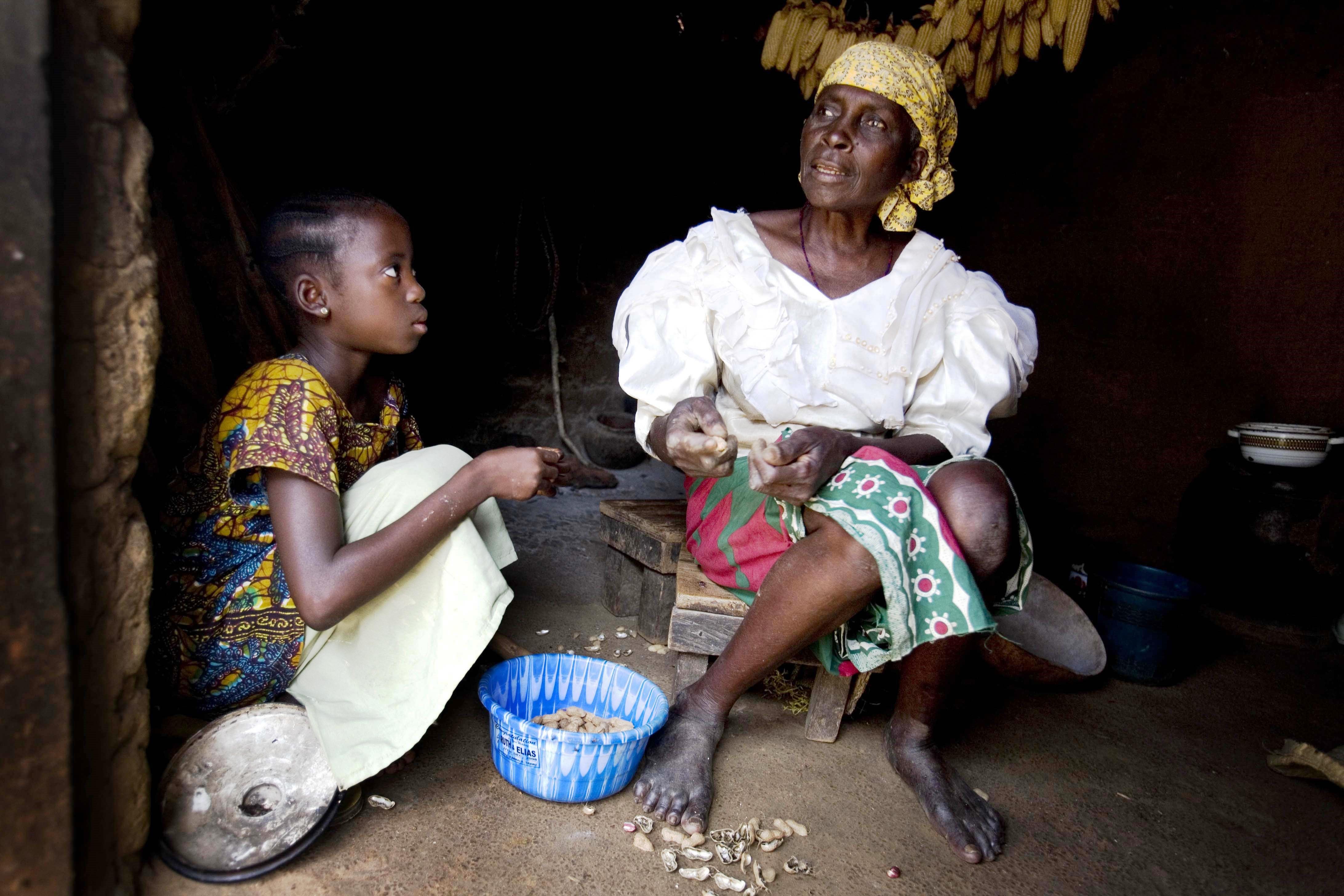 
River blindness is a parasitic infection transmitted by the bite of a black fly. Larvae planted under the skin develop into worms that spread throughout the body. When the worms die they cause a reaction; unbearable itching and skin lesions. If this happens in the eye, the sufferer can go blind.

Margret lives in Nigeria, where river blindness is endemic. She’s lived with the horrors of this infection for several years and it has now taken her sight. Margret can only manage simple activities... 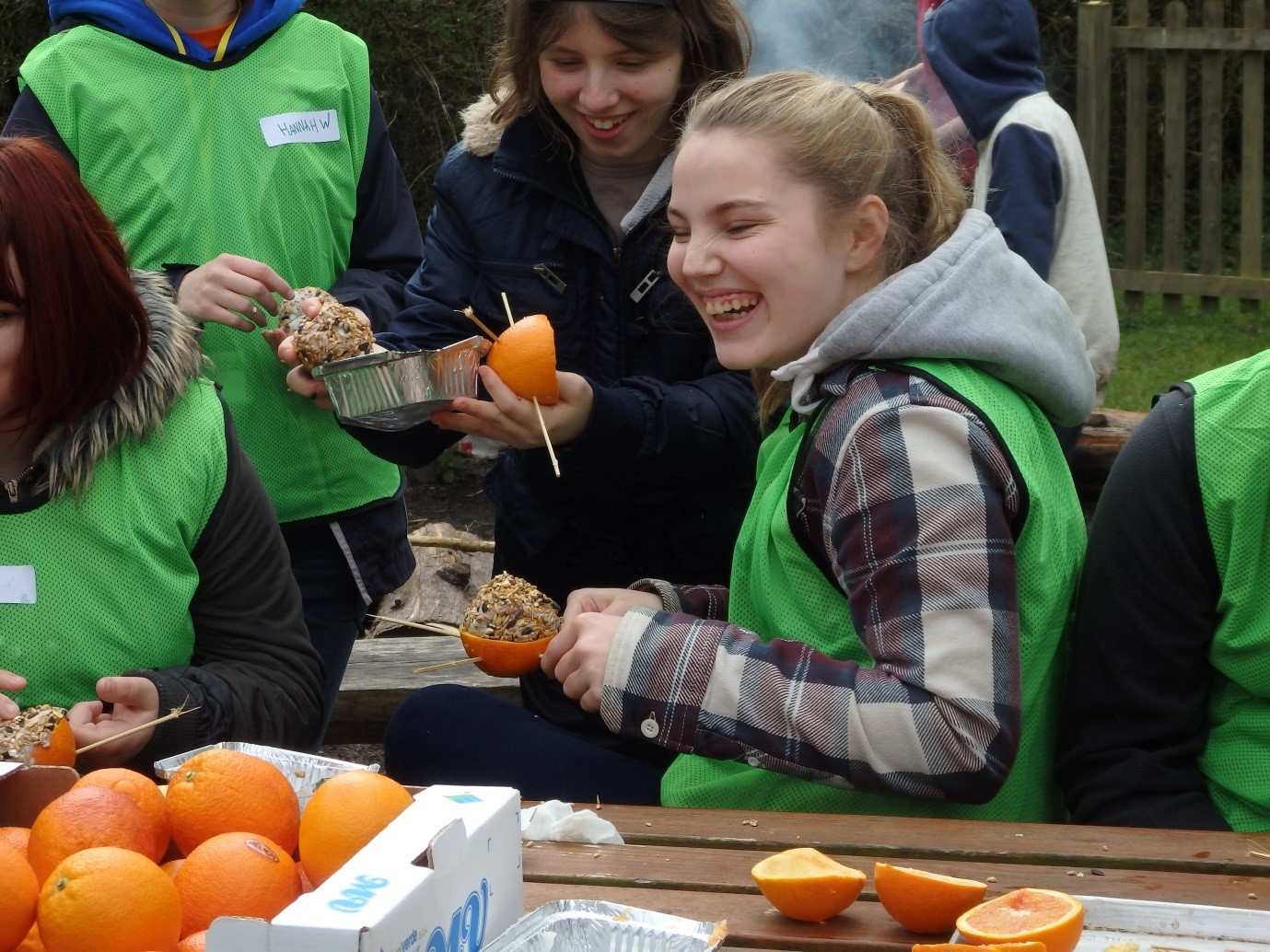 All of us have at least one fond memory of a really big adventure in "The Great Outdoors", even if it was just a sparse patch of local wood, or a boggy pond in a neighbourhood field…! Memories and lessons from childhood adventures, last a lifetime and help shape our understanding of the world around us. They also build our confidence, our self-esteem and independence.

However, some children don’t live anywhere near a rural environment, whilst others are living with physical or learning... 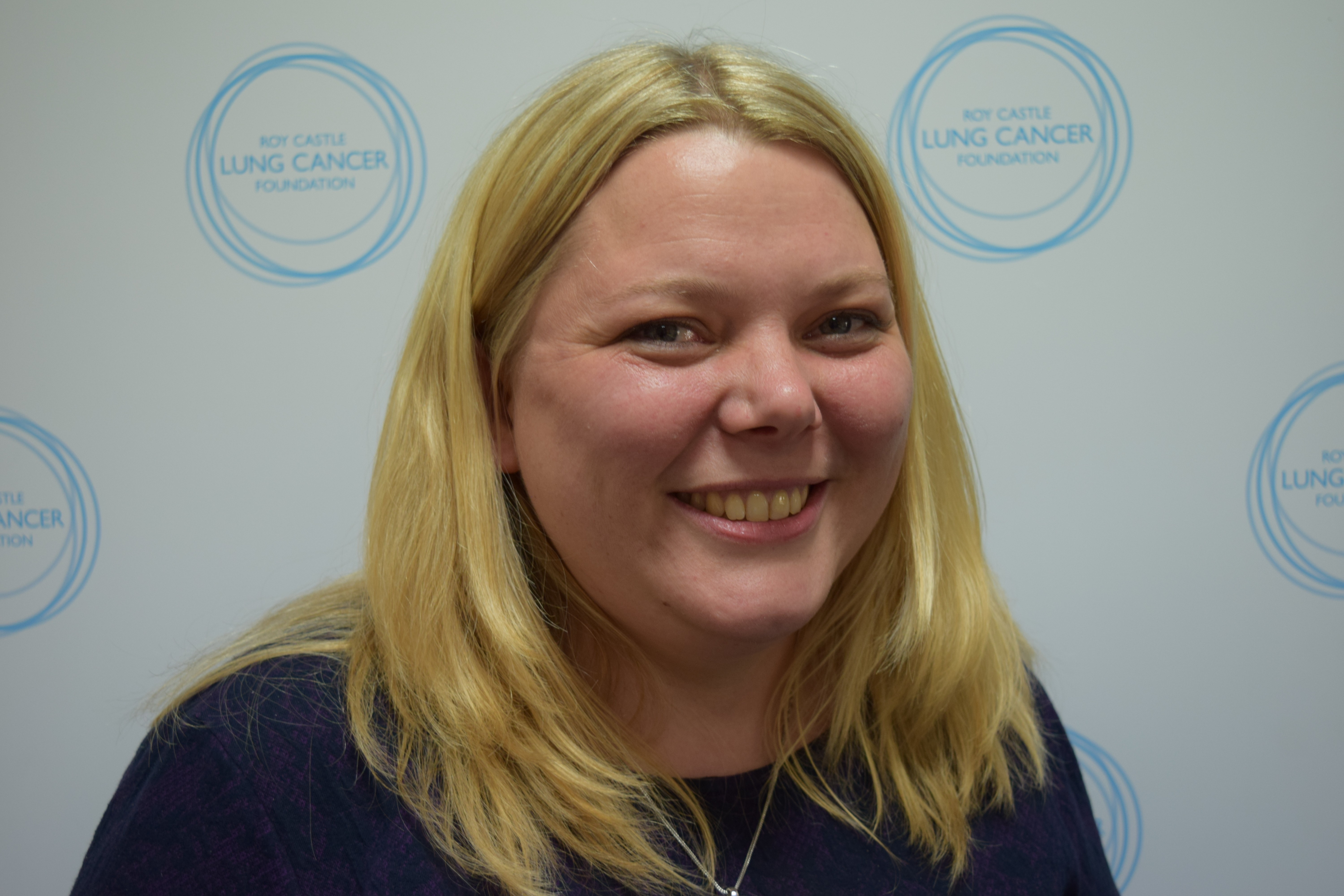 Thank you for your donations through payroll giving.  Your support means that we can continue our work to support patients and increase survival rates of lung cancer.

Please allow me to introduce you to Nicky, who leads the team of support nurse specialists operating our telephone helpline, the helpline which is funded by donations from people like you.
Nicky joined our charity last September and has now built a team of four nurses to help continue this vital service to patients and their... 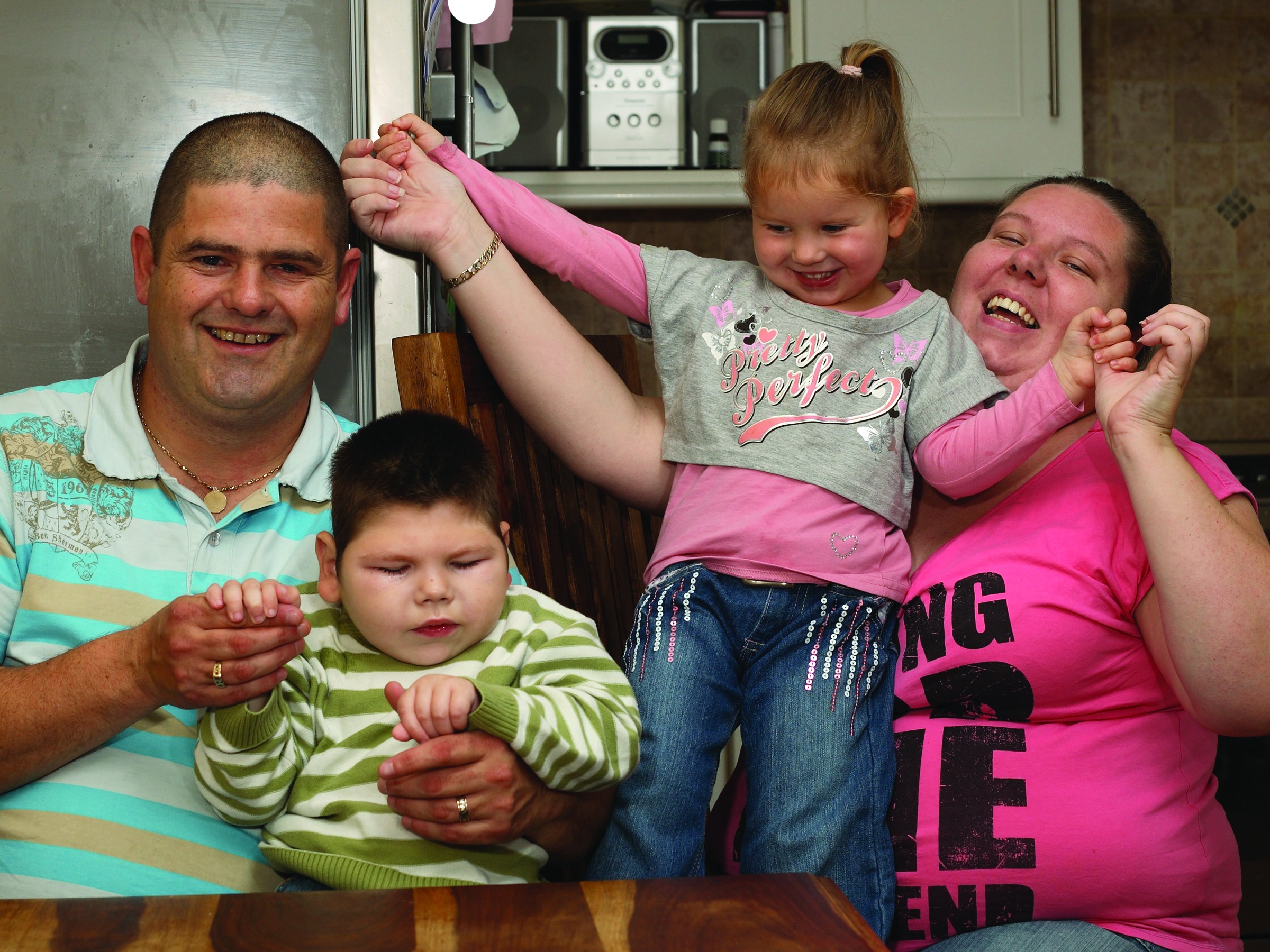 Thanks to you, we can be the first port of call when a family is in crisis. Finding out your child has a disability or medical condition can be difficult and bewildering. Many parents don’t know where to turn and try to cope without any support. But with your generosity, thousands of parents don’t have to face it alone. “When I found Contact a Family, it was a gift from heaven. I was given information, understanding and most importantly hope and the realisation of support. I will never...


Searching for a diagnosis for Scarlett

“Scarlett was born just before Christmas at Queen Charlotte’s Hospital in West London. She was six weeks early and, at only 3lbs, she could fit in my hand. She was in hospital for the first six months to build up her strength, and because she would struggle to breathe and need oxygen. Then, rather charmingly, one of the consultants said she had dysmorphic features. We had no idea what that was and Googled it. It was a very traumatic time and the... 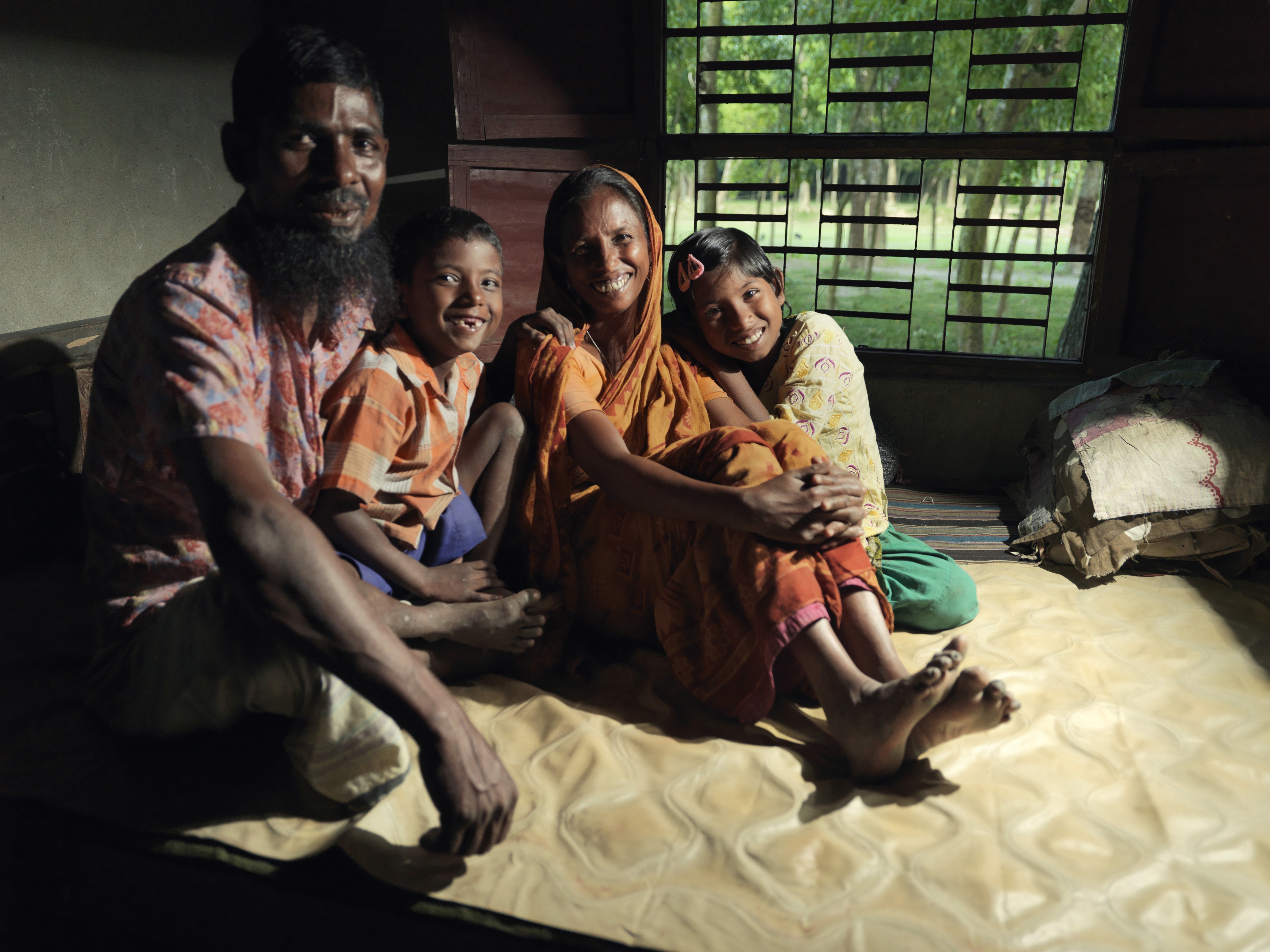 Many people are unaware that leprosy still exists, yet every day nearly 600 people are newly diagnosed. If left untreated, leprosy can cause severe nerve damage and permanent disability which is why it’s important we find those affected and offer treatment before it’s too late. With your support, last year we were able to reach more than 256,400 people across India, Bangladesh and Mozambique. We provided treatment and helped those affected rebuild their lives by providing skills training... 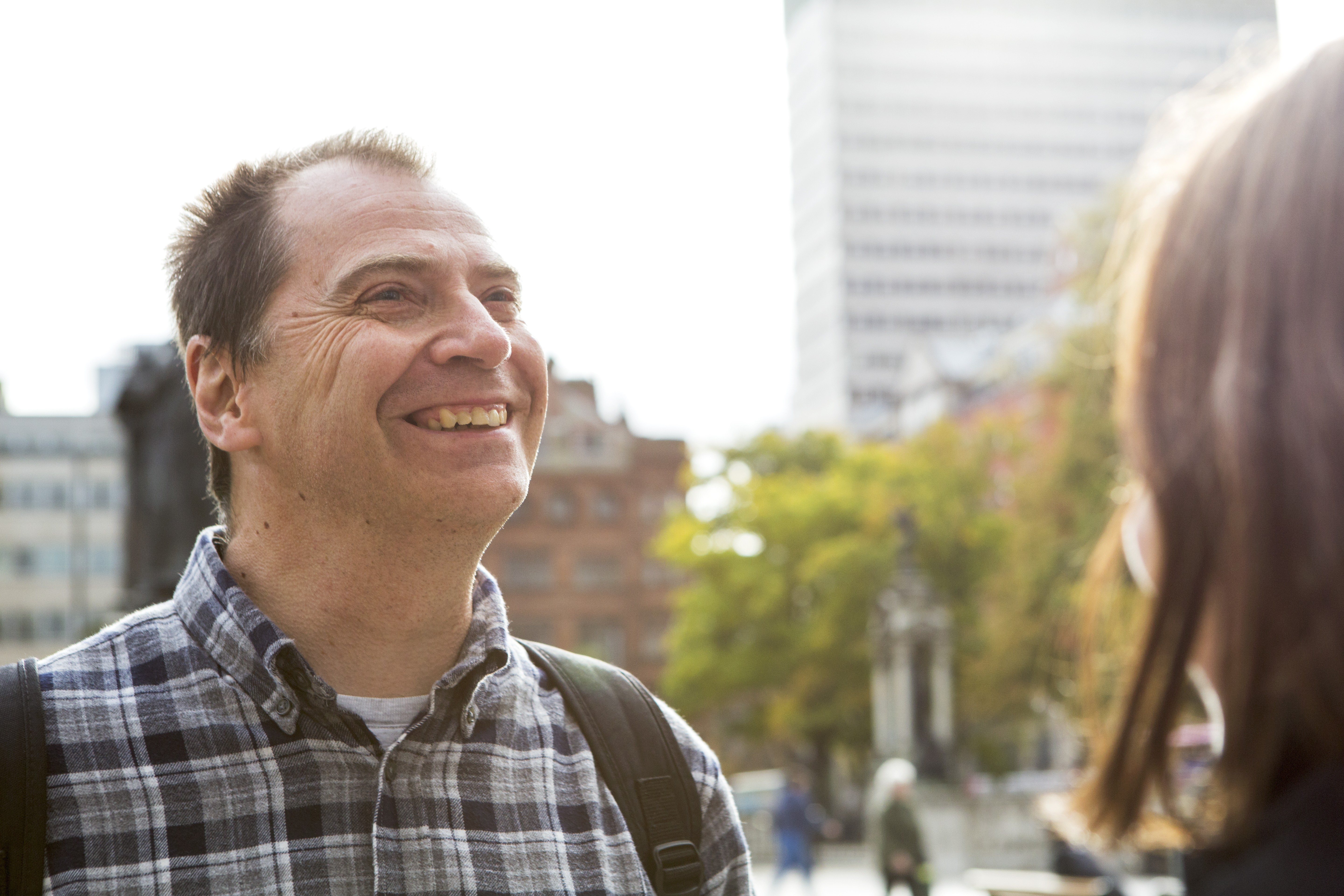 
When Ken first lost his sight he lost his confidence too. Thanks to you we were able to send him on our ‘Finding your feet’ course, a programme designed to help people cope with the challenges of living with sight loss. Over three days Ken’s confidence grew.  He learnt about Action’s useful services, helpful products and vital tips for living confidently with sight loss. “Going on the course was a life-changer. It was fantastic. It opened so many doors, and since then I’ve been...

RNIB - Seeing more of the world thanks to you 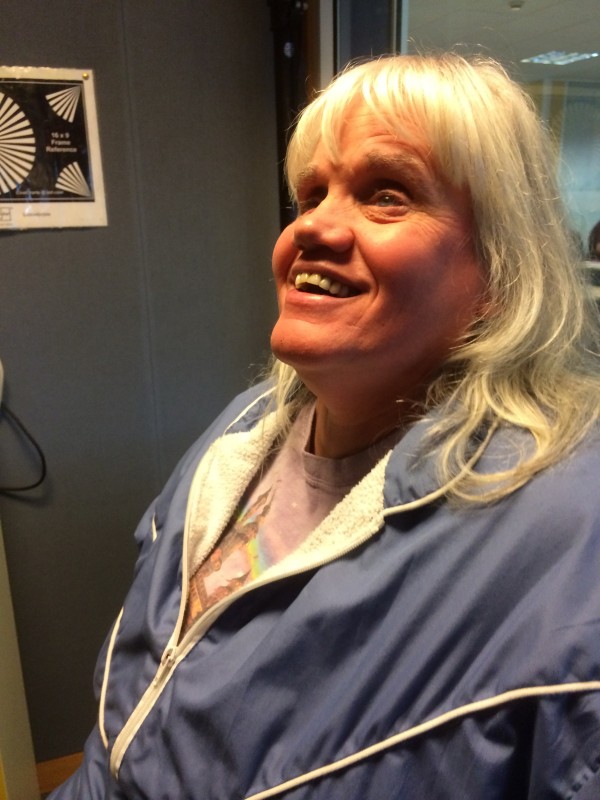 
As she’s an avid reader and writer, Cathie’s sight loss hit her hard. But thanks to your support we were able to provide Cathie and her husband Mike, who is also blind, with a lifeline. This support hasn’t just enabled them to do more around the house. It’s also helped them to travel on their own.

Along with listening to the latest books and magazines through our Talking Books service, they also use gadgets such as a talking microwave and clock, bought from our shop. Your support has...

Action for Street Kids - Rescuing Children from the Dump 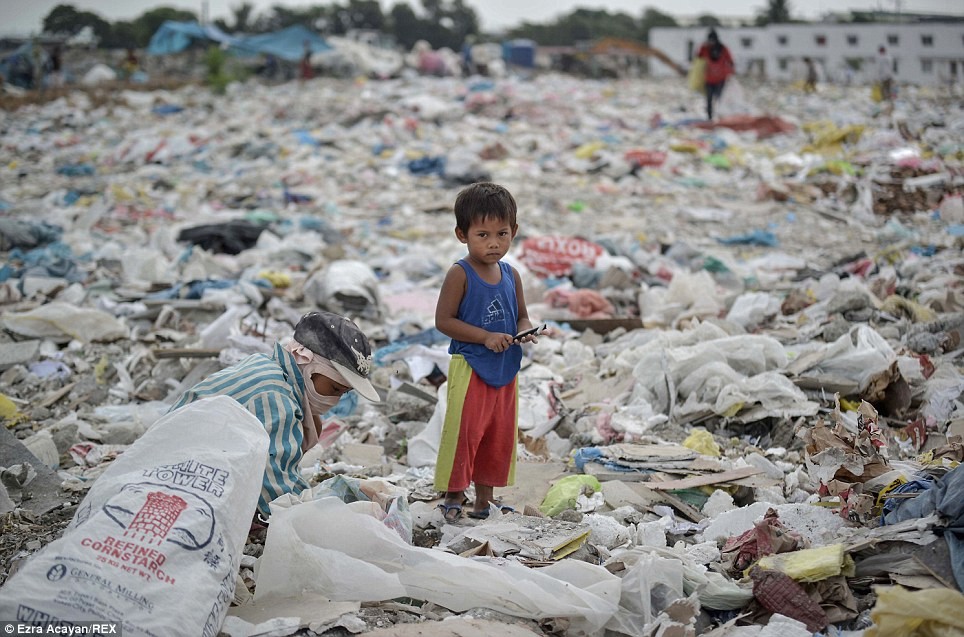 15 million people, the majority of them children, work on garbage dumps around the world every day.

Children as young as just 5 or 6 can spend up to 12 hours scouring through rotting food, broken glass, plastic, needles and sewage. Children compete with dogs and with rats, to earn around 15p per day, just enough not to starve. Children often have headaches and nausea from the fumes on the dump and severe stomach illnesses from eating food with dirty hands or eating rotting putrid food they...

Categories: Make a Difference , Together for Change 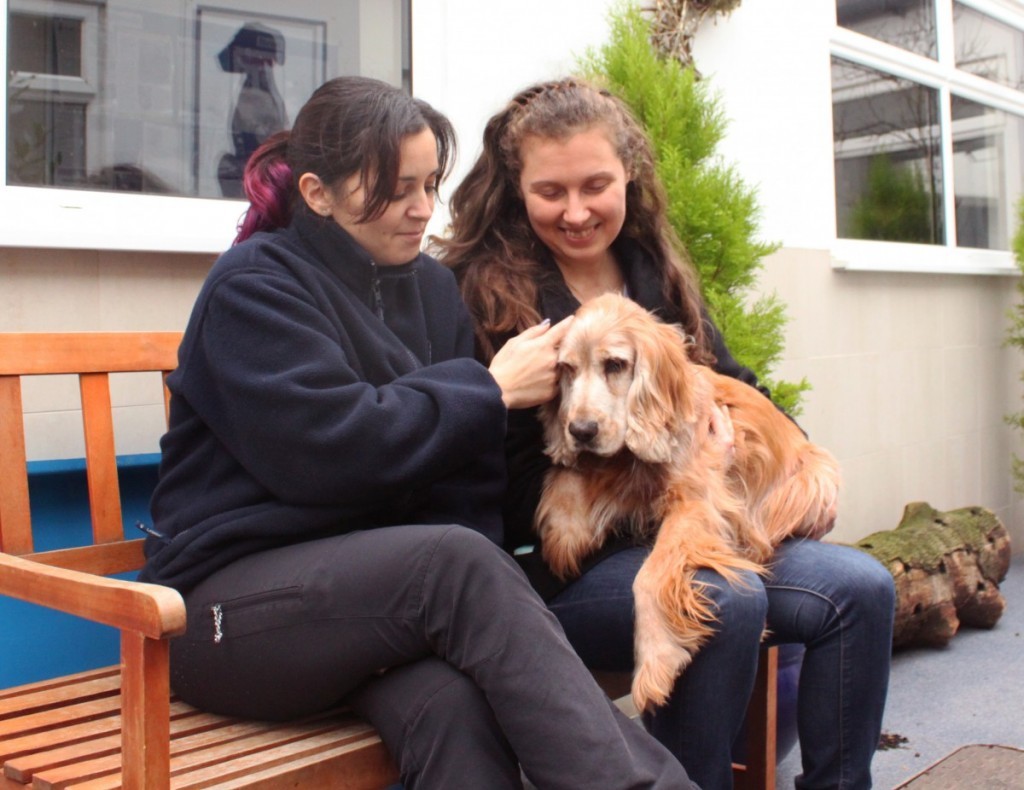 Animal Welfare Officers at Together for Animals charity, The Mayhew were told about a family who were doing everything they could to keep their beloved deaf and blind dog, including sleeping in their car at night with him. The family, who have a young child, had sadly lost their home all of a sudden and had to start living in a local hostel, which did not allow dogs. The family’s dog, named Mayki, means absolutely everything to them but their difficult living circumstances meant that they... 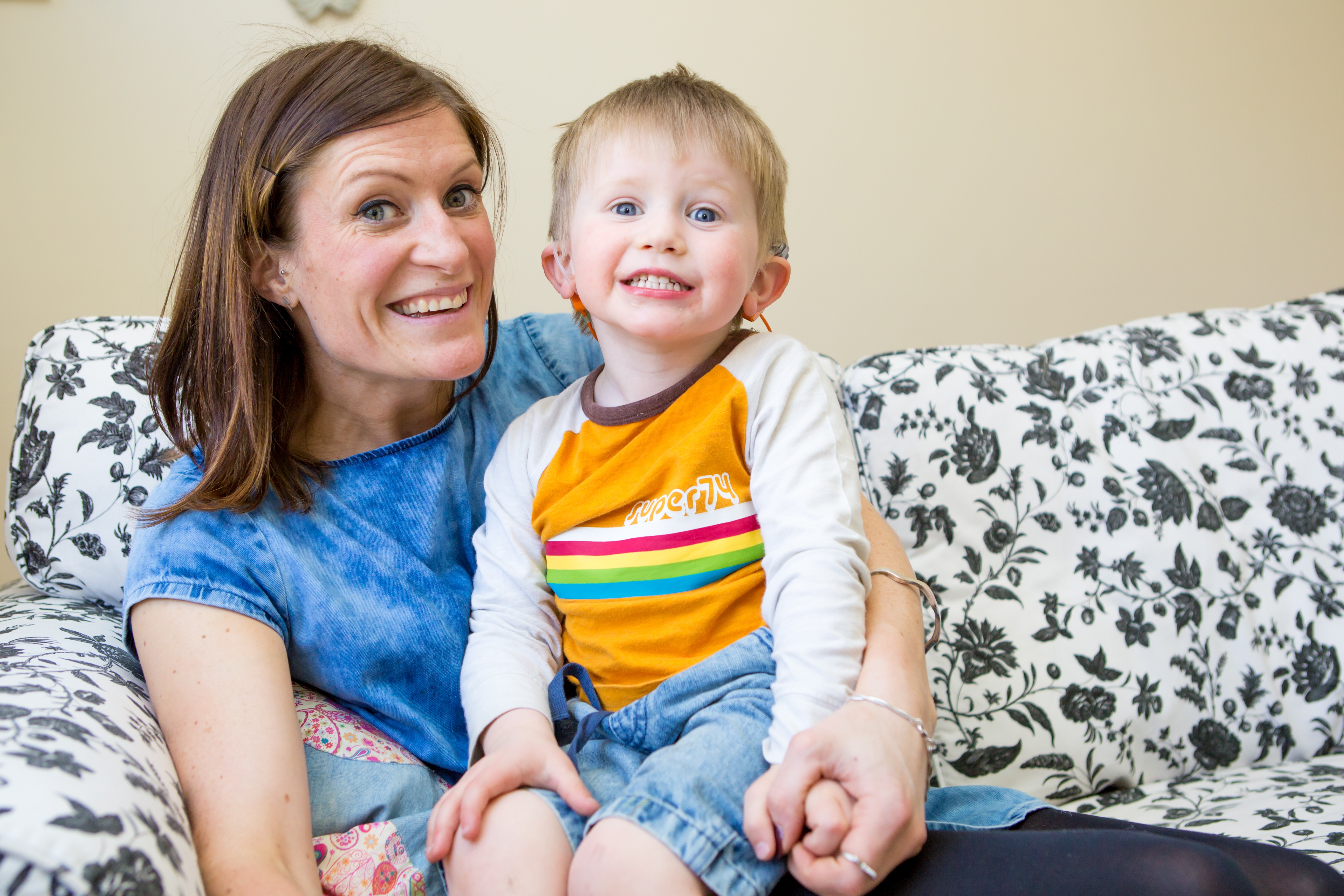 
A gift to Childlife is very special as funds are divided between its four partner charities, one of which is National Deaf Children’s Society. This year marks the 10th anniversary of universal newborn hearing screening being introduced across the UK, following campaigning from the National Deaf Children’s Society.
Prior to this, the infant screening programme, commonly referred to as the ‘distraction’ test, took place at eight months, meaning that many babies went undiagnosed and...

Categories: Smile a Minute , Friends at Work , Make a Difference , Together for Change 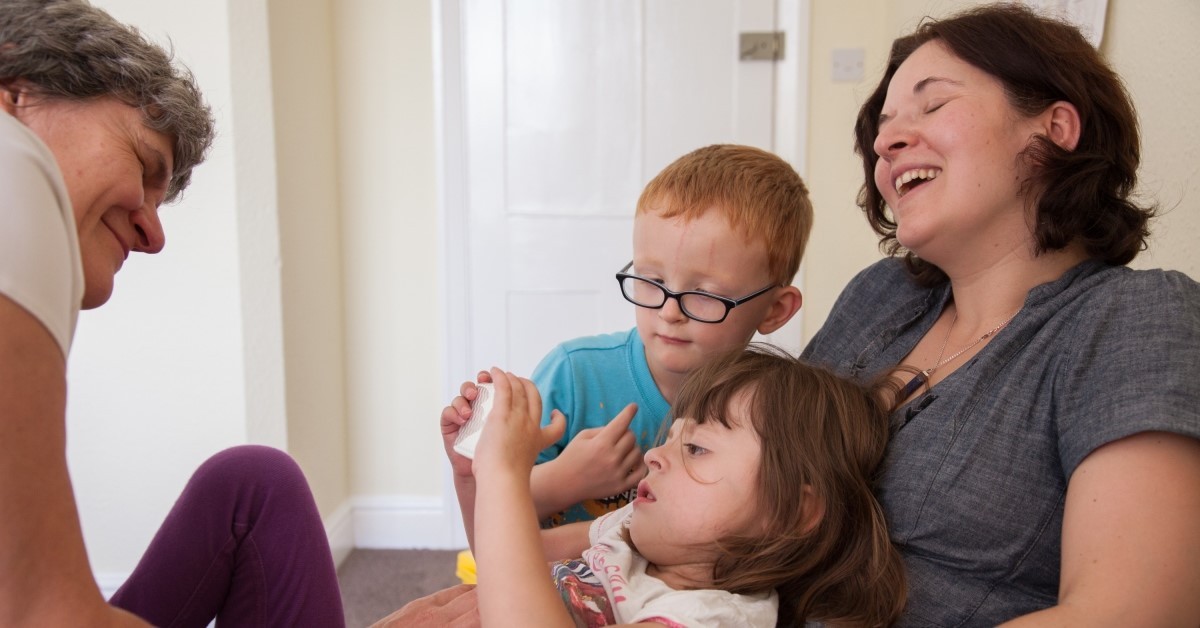 “The day after my twins were born, my husband and I were ushered into a cosy hospital room. Nobody takes you into a room like that to give you good news. I remember the words 'Your son has had a stroke in the womb'. I remember shaking and the blur of the other words: 'Ethan might not walk or talk, we don't know what disability he might have'.

We found ourselves a week later in a similar room with Ethan’s twin, Grace. I braced myself. 'Your daughter has contracted necrotising...

Categories: Smile a Minute , Together for Change 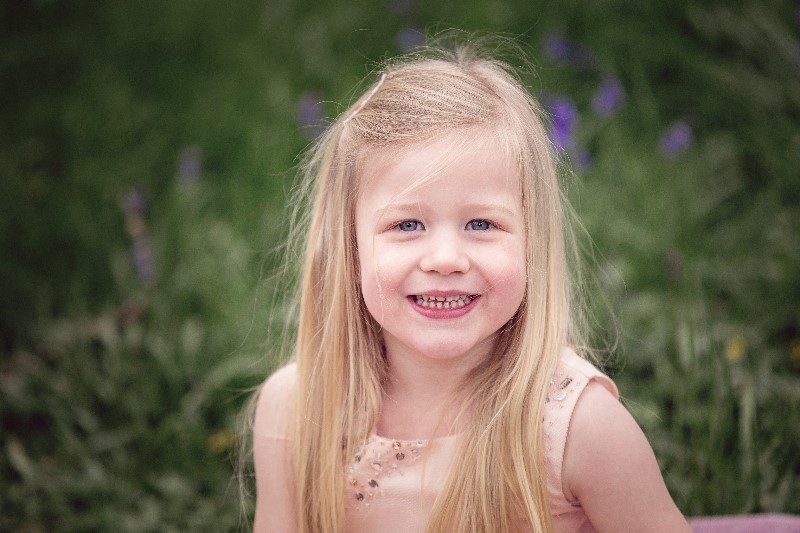 Lucy Brady lives in Huntingdon, Cambridgeshire, with her husband, Andrew, and their four-year-old daughter, Ella, who has Charcot-Marie-Tooth disease (CMT).

“By the time Ella was two, she was falling over all the time and her feet were starting to turn over. In February 2015 a blood test confirmed she had CMT. Having ‘cheeky feet’ is how we describe Ella’s condition to her. We tell her that when she was made, CMT said they wanted to be part of her. Ella said, “What if I don’t want... 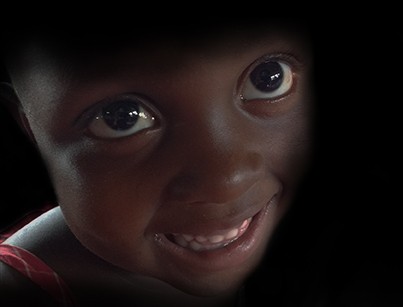 Night-time is a lonely and frightening time for orphaned and abandoned children who are resident at SignHealth Uganda's deaf schools. In remote and inaccessible areas there is no electricity.  Daylight fades early in Uganda and signing hands cannot be seen in the darkness. This lack of light increases the children’s vulnerability, detrimentally affecting their learning and cutting them off from the world around them. If they are frightened, lonely or unwell, there is no one they can tell.... 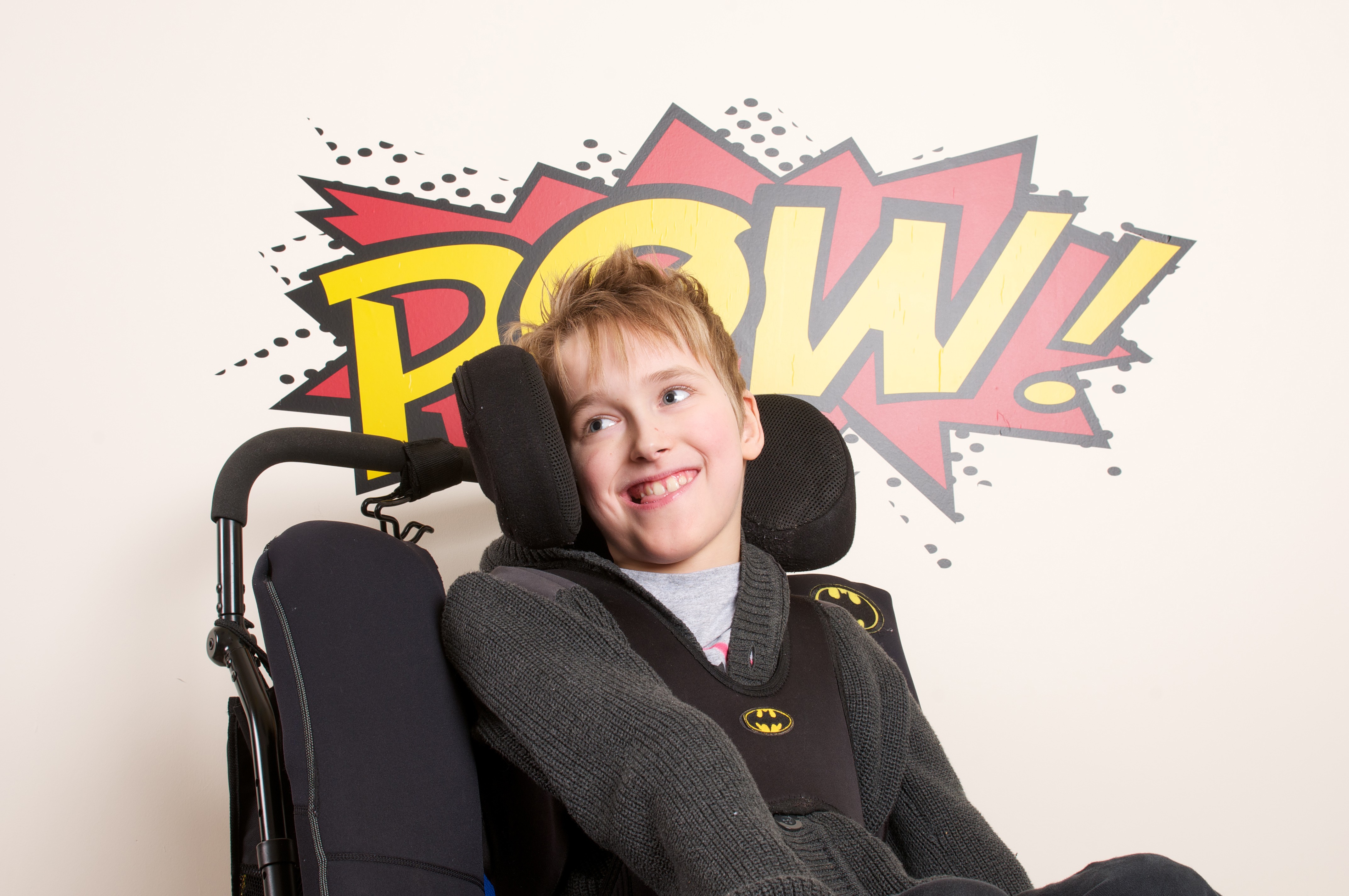 
Alfie is a lively boy who loves jokes and playing tricks on people, but for Alfie, who has cerebral palsy, having fun is a daily struggle.


“Alfie suffered devastating brain damage at birth. His muscles and his brain cannot ‘talk’ to each other so he is unable to control the way his body moves”. Samantha, Alfie’s mum.
He also has quadriplegia, which means all his limbs are affected. He can see and hear, but he is profoundly affected in terms of physical movement, and cannot...

MENCAP - Supporting children with a learning disability right from the start 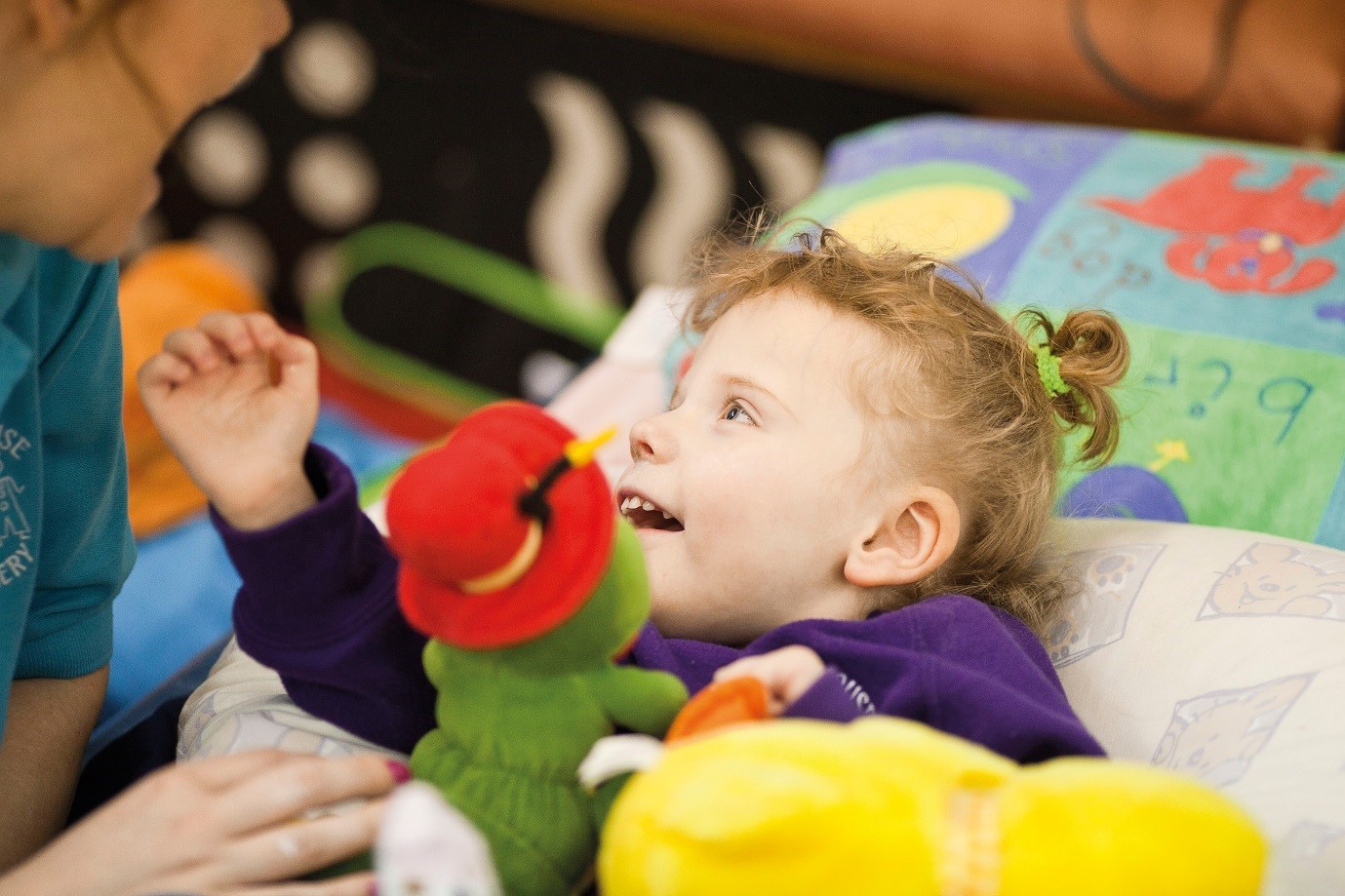 In the UK 200 children who will have a learning disability are born every week. Without specialist support from the start, many will face an extremely challenging future where they will struggle to reach their full potential, and will experience isolation, inequality and poverty. The impact of a diagnosis can be devastating, too many families experience the isolation and utter bewilderment caused by a lack of support following their child’s learning disability diagnosis.

We listened to what... 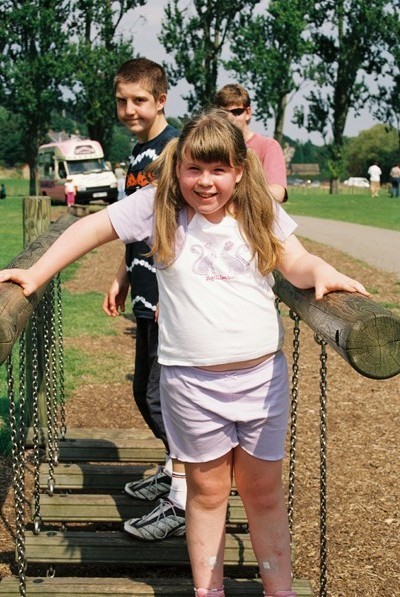 When we first spoke to Jenny, she was on the point of resigning from the job that she loved and which brought in some extra, very welcome income to the family. She explained that although her local authority ran a summer play scheme offering a place for her disabled child during the summer holidays, it only covered two weeks.  Also, the hours were nothing like a full working day, which would mean the loss of that all important extra income she was providing for her family.

Action on Hearing Loss - Keeping connected thanks to you 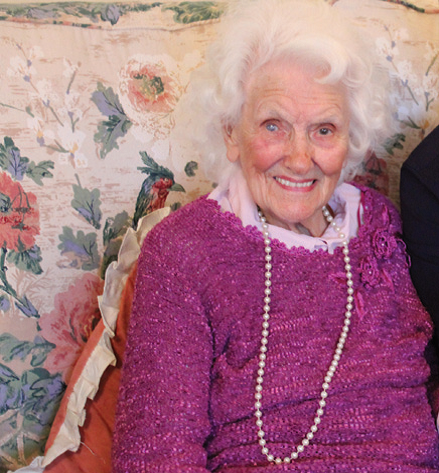 The support of people like you is changing the lives of people confronting deafness, tinnitus and hearing loss.  Meet Edna, whose keeping connected thanks to you.

“I was a singer and my husband, Harry, was a pianist. I was the glamorous one at the front of the band. Everything was amplified, so maybe that’s what damaged my hearing… that, or my age. It went gradually, bit by bit – the music, the phone ringing, my daughter’s voice – I lost it all. My hearing aids are my life now....

Tahiry was just 17. She was living with her boyfriend and his family and expecting her first child. Then he started to hit her.

She had no one to turn to for help. Her boyfriend’s family would take his side and were violent too. She was terrified that her baby was going to be seriously hurt – or worse – before she was even born. So Tahiry packed up her few belongings and took responsibility for her life and her unborn baby’s.

She was so desperate when she ran away that she had no...

Women ‘left in the dark’ over fertility after breast cancer treatment


Over half of younger women with breast cancer have no discussion with healthcare professionals about options for preserving fertility. This is despite national guidelines recommending younger women should be offered fertility preservation before starting breast cancer treatment.

According to the findings of a survey by Breast Cancer Care, 53% of younger women diagnosed with breast cancer were not given the chance to discuss the possible impact of their treatment on fertility. Treatments such...


On 27 April, David Allen was on stage, applause ringing out as he collected his ‘Volunteer of the Year’ award at the MS Awards ceremony in London.  Selected from many thousands of everyday superheroes, he was honoured for his work as Chair of our Luton, Dunstable and District Branch.

“I had no idea I’d been nominated, I was shocked and surprised,” David told us. “It is such a lovely feeling to be recognised, especially as I’ve been nominated by my peers.”

Categories: Smile a Minute , Friends at Work , Make a Difference